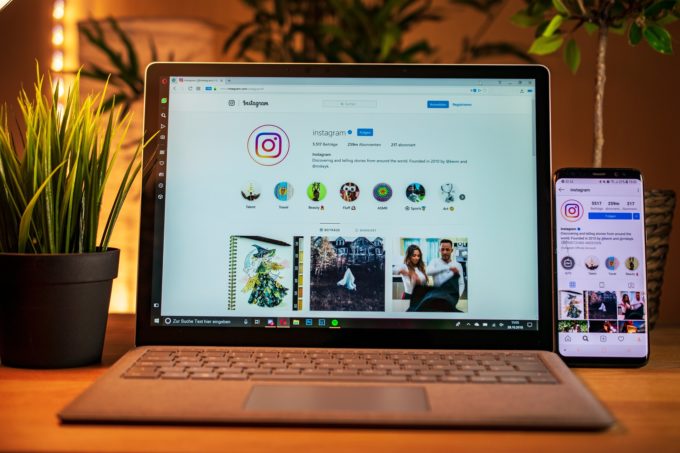 If you work in digital marketing, you’re probably familiar with how far organic reach has fallen on Facebook. Page managers can expect from about 1% to 6% of their audience to see a given organic post, down from an estimated 16% in 2012. Lush UK recently made headlines for abandoning its social accounts, taking a stance against the ever-elusive algorithms.

But don’t fret—despite all the challenges, social remains a valuable channel if you take the right steps to maximize your impact. Three social influencers who have mastered the art of building personal brands that bring in business shared their tips on growing a following and making social platforms work for you.

Mari Smith, a leading social media marketing expert and author of The New Relationship Marketing, advises marketing professionals and businesses around the world on Facebook best practices. A power user since 2007, she’s often called the “Facebook Queen.”  Her inbox overflows with inbound leads from companies (including Facebook) thanks to the brand she has built on the platform.

Dedicate a budget. To combat Facebook’s declining reach, Smith advises investing at least a nominal budget on paid posts. Though it sounds counterintuitive to have to pay for organic traffic, Smith says a few dollars per post will trigger Facebook’s algorithm to increase your organic reach.

Focus on video. Smith advocates using Facebook Live once a week. “Facebook’s algorithm loves video content,” she says. “In terms of brands and utilizing Facebook for business, there’s just no better way to connect with your audience other than in person.”

She suggests a content mix of about 70% video (including Facebook Live), 20% images and 10% links to maximize engagement. Smith often notices brands over-posting in an attempt to attract more eyeballs, while the better strategy would be to consider the ROI of each post. One high-quality post a day or every other day goes further than a feed packed with content no one can see, she says.

Vic Styles, a stylist and lifestyle content creator, recently led an Instagram workshop for a room full of aspiring influencers at the one-day Purpose PushHer 2019 speaker series in New York City. After the event she elaborated on some of the strategies that helped her grow a 41k-follower Instagram account and attract brand partnerships.

Start growth hacking. When trying to get a new brand off the ground or revitalize a dead page, Instagram pros like Styles recommend growth hacking. Find accounts that have already established an audience similar to the one you want to grow and engage with their posts. The comments you leave on highly trafficked pages will help advertise your page and attract new followers. “You can have the best content in the world, but if no one knows that you exist, if you have no visibility, what is the purpose?” says Styles. “Growth hacking helps get eyes on you from people who may not ordinarily be able to find you.”

Embrace hashtags. Instagram is one of the few platforms where it doesn’t hurt to pack your posts with hashtags. Business pages on Instagram include access to engagement analytics that show how people found your page. Styles says she once posted a picture with 15 hashtags beneath the caption, and the analytics showed 75% of the engagements were from people who weren’t following her—30k from hashtags alone. To find the best hashtags, she uses a mix of trial and error and online searches to learn which ones drive the most clicks from her audience.

Focus on your top 12. On Instagram, first impressions are everything. Because Instagram relies so heavily on visuals, quality and consistency matter. “On mobile you only see those 9 to 12 photos, and if they’re not captivating enough, I’m not even going to scroll down to see what else there is,” Styles says. “The top of the grid should always be something that reels your audience in.”

Find strong partners. Styles warns that brands sometimes make the mistake of thinking the more followers, the better. Instead she recommends looking for influencers who are actively engaging the right target audience and also align with the brand’s values. Once you’ve found a trusted partner, allowing that partner creative freedom yields the best results. “The [brands] that have the best engagement, the best ROI, are the ones that say, ‘Here’s the product, do what you do.’ Because it feels very authentic that way,” she says.

Serial entrepreneur, consultant and author Jessica Higgins, JD MBA, has leveraged thought leadership on LinkedIn to build a community and attract new prospects. Her strategy is to lead with information, not marketing tactics.

Don’t sell. “The last thing anybody wants is a pitch. People want interesting, relevant things that they connect with,” she says. One of her pet peeves on LinkedIn is what she calls the “buzzword frenzy.” She stresses that your LinkedIn persona should reflect real-world experience because it’s easy to see through hype. LinkedIn offers an opportunity to make authentic connections and shouldn’t be used as a transactional space, she says.

Make social your side hustle. Higgins recommends devoting at least an hour a day to building your social presence. “I tell everybody, ‘If you’re worried about time, you’re not doing it right. [Social media] is a full-time job, but you can integrate it into your job.” Sitting on the bus? Answer a question. Riding in a cab? Post an article. “We all have tons of extra minutes each day. If you just allocate those extra minutes, then it doesn’t take a huge hit on your day,” she says.

Spark dialogue. Higgins says she caught some flack on social media for her contrarian take leading up to the 2016 elections. While most news outlets were predicting a clean sweep for Hillary Clinton, Higgins found evidence that Trump could win. “I believe that if you have a well-researched approach … not just a complaint but some sort of solution and you put that out there, then there’s no such thing as bad publicity around that because you at least get people talking about it,” she says.

The work Higgins puts into her content doesn’t always have an immediate payoff. But she recalls an investor once contacted her company based on a 6-month-old article she’d written. Goes to show content marketing is all about the long game.

This article was repurposed from Forbes on 30 April 2019.