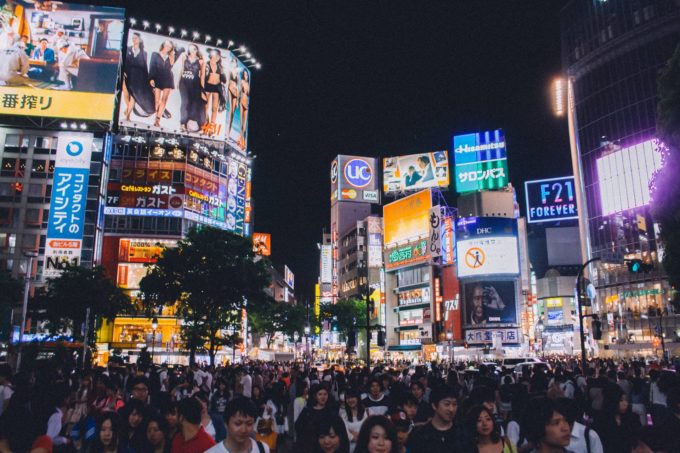 The 1960s. Madison Avenue. Don Draper and his crew of alpha males all trying to innovate and stay atop the cutthroat world of advertising. These stories of advertising greatness have been played out in AMC’s award-winning drama series Mad Men.

But the glory days of advertising have come and gone, yet the space has never been more significant, more influential, and powerful. Advertising is one of the biggest industries in the world and accounts for a lot of influence and direction.

Advertising can stay up to date and on the cutting edge, evolving at every turn; that is what has helped it explode exponentially since the 60s. But, that growth and explosion is not organic or without its hard work.

The evolution of advertising is at a critical stage currently as digital advertising is coming more and more to the fore. However lingering evidence of less effective styles of advertising still persist. Print and Newspaper ads are being replaced by website advertising, TV advertising has taken to Youtube and other online video platforms, and even the good old billboard has had an upgrade.

It is interesting to take the billboard example as evidence of an evolving advertising space, and to see how digitalisation of this has managed to open up the doors to blockchain, artificial intelligence, cryptocurrency, IoT and other nascent technologies to push the envelope of advertising.

Mention a billboard to anyone, and they can picture it – the Marlboro Man strutting in dusty jeans on the side of Route 66. Mention DOOH and you will most likely be met with quizzical looks. Yet, just like the targeted banner advertising on your website browser has replaced the flyer stuck on your windshield, DOOH is the digital billboard.

DOOH stands for Digital out-of-Home and to put it into easier to understand context, a trip to Times Square in New York will have you bombarded by DOOH in the form of digital signage showing ever changing brands and marketing material.

While that does not seem that revolutionary or advanced, just a small step up from a billboard as it is easy to change the advert/material, there is a considerable DOOH trend developing, and this burgeoning market is primed for an explosion in the next five or so years.

According to a new report by Allied Market Research, the global DOOH market was valued at $ 3,639 million in 2016 and is projected to reach $ 8,393 million by 2023. But to understand why it will become such a booming business is to understand its potential and capabilities, mainly when nascent technology is applied to such digital signage.

More than a moving picture

One of the most significant benefits of digital advertising is the metrics that can be read from it and the targeting that can occur. A newspaper advert, for example, only has readership numbers to go on, and that is very inaccurate and un-targeted.

DOOH offers a lot more for people who are out and about; Vincent Mueller, CEO of HYGH, a peer-to-peer advertising network and content management system that is looking to update things like DOOH with AI, IoT and other technologies, explains:

“In a fundamental sense, the advantage of digital advertising is that it is not static. A digital billboard can be changed due to situational factors – a train strike might evoke a digital signage campaign that offers reduced-price meals at a nearby restaurant, or sudden downpour might precede a digital ad for umbrellas for example,” Mueller says.

Mueller’s decision for pursuing this advancement fo DOOH came when he saw digital signage celebrating Germany as “the best never rests” at FIFA world cup 2018, despite the fact Germany lost in an earlier round against Korea – the billboards could not be altered, they had already been booked months in advance.

Mueller was an early investor in IoT blockchain company IOTA through which is where he met the people who would go on to become his co-founders at HYGH.

“In general DOOH advertising has evolved as technology has grown and the distinction between our digital and physical world are blurring. DOOH advertising is particularly good at being memorable as it can create not only eye-catching but interactive campaigns. Customers can interact with campaigns through their mobile phone, for example, buying products, entering a competition or signing up for a newsletter – thus a much higher integration between the ad and the viewer. This can be reinforced through cross-platform media campaigns.”

“One of the biggest trends coming into DOOH is metrics. While it’s still in early days in terms of widespread application, sensor tech, in particular, enables measurement of campaign viewers – how many passersby and when, and in the case of facial recognition, gender, eye tracking, integration with mobile app campaigns, etc. This allows for clearer ROI than before.”

It is clear that, like many digital advertising environments, DOOH also has measurable metrics that a traditional billboard would not. These metrics are gold for advertisers, but they can also be further expanded and understood with the help of emerging technologies.

As Mueller makes mention, things like machine learning and Artificial intelligence can help target advertising based on out-of-home conditions; when it rains, umbrella sellers can be shown and the information gathered in terms of an increase in sales can be utilized by AI to hone in on more targeted advertising.

Furthermore, the connectivity between devices of views and the digital signage makes the advertising far more immersive and connected offering a higher class of metrics and data, and of course, whenever there is data being used and analysed, it’s storage can be potentially kept on the blockchain in order for these systems to run almost autonomously with smart contracts.

“Advertising has moved beyond static displays and now can extend to dynamic, interactive experiences through the use of technologies such as AR, blockchain, machine learning and haptics,” Mueller adds.

More so, while digital advertising seems to be providing all the answers and benefits for the customers viewing these digital sign boards which offer AR, Haptics, interaction and ease of access, there is also benefits that can be found for the advertisers who may have been disenfranchised because of the legacy of advertising dating back to Draper and his core of alphas.

Through a STO and the creation of a cryptocurrency-like token, HYGH, for example, is hoping to create a decentralized system that empowers companies, of all sizes, to reach the benefits of outdoor advertising in real time regardless of budget. This form of advertising funding can allow any business to power up a screen to earn passive income by running advertisements in their shop, restaurant or hotel.

“HYGH joins an emerging group of startups that are utilizing STO’s as another form of emerging technology to take things to the next level in terms of fundraising,” Mueller explains. “In the case of HYGH, the STO investors receive nine percent of the revenue share of the digital campaigns produced via the HYGH platform in return for crowdfunding the platform.”

While advertising digitalisation is a massive step in the evolution of advertising, it is incredible to think that a new wave has already started building while things like print ads and billboards are still commonplace.

But it is also clear that this next step in the evolution, while starting slow, has vast potential to change the face of advertising from being invasive and annoying to engaging and fun.

Again, In the UK, a bus shelter sign utilised gesture recognition, machine learning, and a touchscreen to create an interactive campaign. People were encouraged to make shapes on the screens in various letters with their bodies that spell out a destination to award points towards the prize of a holiday.

There is a much higher chance of people seeking out these types of adverts, engaging with them, and absorbing the message than a youtube advert that people wait five seconds to skip – and even more so than a print ad that does not even register.

However, these engaging and powerful out-of-home adverts will only be effective an appealing to bigger enterprises if the use of technology such as blockchain, cryptocurrency, AI, IoT, AR and more are proven to be effective and viable.

This article was repurposed from Forbes on 29 April 2019.