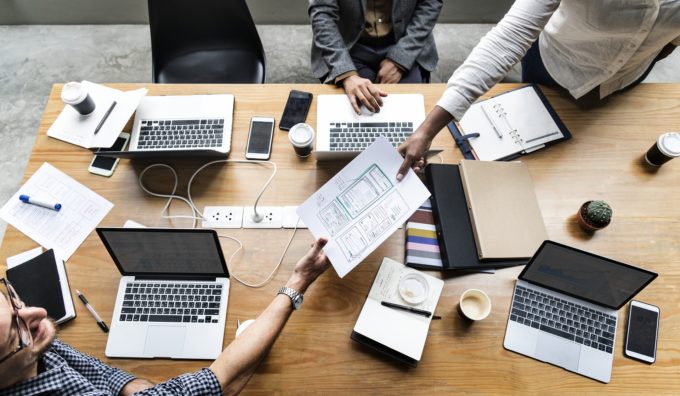 There’s been a lot of chatter recently around the subject of ‘the future of marketing agencies’. That the agency model is broken and that things are evolving. Agencies need to become more ‘modern’, and that they need to adapt or die. Freelancers and small project teams are going to slowly replace the agency as we know it today. Corporates are going to insource the functions of an agency. It’s simply a matter of time.

I say that’s all a load of garbage. I believe marketing agencies are more relevant than ever.

I’ve read David Ogilvy’s Ogilvy On Advertising a few times over the years. There are timeless truths in that book that transcend decades. I was wondering as I was reading it the last time how it can be that a book can be written in the 1960s but feel like it was written this year. That’s because I believe there are fundamental truths as to why marketing agencies exist and have existed for over 50 years plus.

I absolutely agree that agencies need to work harder at adding more value to clients. I think that’s where the newer agencies, especially digital agencies, are doing well. A lot of younger agencies have adopted digital technology from inception. A lot of these agencies run on Google Business Apps, tools like Slack, Trello and Magnetic, everything is in the cloud. These tools tend to make them more agile, lean and able to deliver work faster. The way agencies work always needs to remain relevant.

Having said that, here’s why I think agencies are more relevant than ever;

Unless you’re Google, I can bet that the corporate you work for doesn‘t prioritise and make room for innovation and creativity. Here’s a fact that I’m willing to throw out: the best creatives generally don’t want to work for corporates. I also don’t believe the best creatives want to work for traditional consulting firms either. We’ve all seen how in South Africa the likes of the traditional consulting firm being found wanting in terms of ethics.

The best creatives want to work in a creative environment, they want to be mentored, they want to surround themselves with other creatives. Agencies are merchants of creativity, the best creatives are most likely not working for a corporate, and if they are they probably won’t last long. What about digital technology? Aren’t computers going to take over the job of creativity? Absolutely not. Yes, a computer can create graphics and copy, but can in understand the nuances of the human heart? Can it resonate with a business owner that put his heart and soul into his or her start-up? Only humans can deeply connect with humans.

Agencies traditionally have several clients in various industries. Agencies alone service clients across many sectors; motor, FMCG, finance, travel, lifestyle, tech, pharma, ICT, music etc. Where else do you find creativity across so many sectors?

By their very nature agencies have to stretch themselves to think creatively across various platforms, industries and markets. That multidimensional thinking can only benefit the individuals who work at agencies as well as the clients who adopt the agencies. We all know that if you’re working on one stream long enough you’ll lose the ability to think laterally. That’s what creativity is all about.

No man is an island. Freelancers simply will not take over the agency’s role, nor will a small team of creatives that have been employed as an ‘internal’ agency. Freelancers may be good at bashing out brilliant work quickly, after all, they’re masters of their trade. But I still believe the best overall outcome is when many minds and abilities enhance ideas to form an exceptional outcome.

I also believe in relationship, journeying with a client. A client doesn’t have the time to keep re-onboarding a new team of hotshot creatives into their brand. They require an agency that understands. I also believe that internal corporate agencies lack the input of many minds, lateral thinking ability and general creativity. An internal team who knows their livelihood isn’t on the line like an agency’s contract simply isn’t going to deliver at the intensity of an agency. Ever contacted a freelancer and then all of sudden they were on holiday? Yup, that leads to the next point.

Someone has to be responsible and has to be there tomorrow, the cogs have to keep turning. That means an entity has to exist. An agency has to exist. An entity that is ultimately responsible, an entity that takes seriously transformation, has BEE accreditation and all the other important requirements that matter. A cluster of freelancers that organically emerge to form a ‘super team’, deliver a project and then bugger off again isn’t ultimately responsible for anything. What if something goes wrong? Who in that team is going to take responsibility? Not me.

Marketing agencies are more relevant than ever. That doesn’t mean things don’t have to change. Of course, they do. Agencies have to adapt to digital technology, have to deliver real value. I’ve sat in too many meetings with agencies where the outcome has been fluff. I’ve heard too many complaints about how the delivery is slow, and how they add more pain to the marketing manager’s table.

An agency has to be agile, adaptive, add value. A marketing manager needs to know that when they hand over a brief it’s going to be taken seriously, it’s going to get the attention it deserves and that at the end of the day the work is going to make the business look good and ultimately grow the business.

The outsourcing of creativity to agencies is still alive, and more relevant than ever. When you’re inside the bottle you can’t see the label. It’s why therapists will always be relevant. We need external ideas and opinions in order to grow and succeed. Perhaps the traditional way agencies function needs to change. Agencies need to start producing better creative more often at a faster speed. That’s the question to solve.

This article was repurposed from Bizcommunity on 23 May 2019.