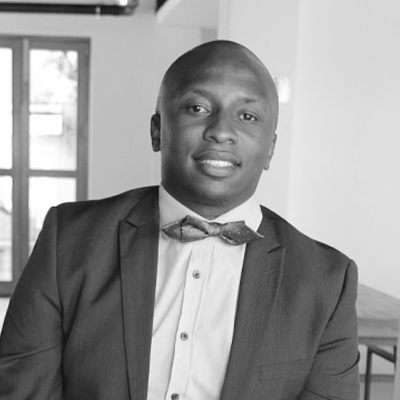 When I think of the South African township economy, I am reminded of the analogy of the Baobab tree whose roots can be traced to Eastern Asia, Australasia and Southern Africa. In my imagination the discovery of the Baobab by the human species was two folded. The one arm of discoverers saw it as just a weird tree that seemed to be planted or rooted upside down. The other arm, now these would’ve been the inquisitive people that would’ve easily went on to study botany and life sciences in our modern world, this group were intrigued by this awkward tree and they watered it, dismantled it and probably held lengthy conversations with it. They invested so much in this mystery that they were able to discover the real value that this tree holds. They discovered that the tree is an ecosystem, it feeds and provides shelter for thousands of mammals, it grows up to about 20 metres, it can live up to 3000 years and can never be killed or destroyed but rather rots on its own.

The township economy shares the same fibre as that of the Baobab. This is an economy that has been built on rebellion and survival. The entrepreneurs that have become household names and icons of township entrepreneurship built their dreams on sheer determination and from minimal enabling resources. These entrepreneurs were able to see the prospects of what fully serviced consumers can afford them and they understood the buying power that 70%+ of the population meant in business terms. They were therefore willing to take the risk of pleading for trading rights from the then government, they were willing to risk imprisonment and they were willing to be humiliated by the banking institutions. Those that persisted in this endeavour back then are who we celebrate today, the likes of Dr Richard Maponya, The Ntsele brothers and Herman Mashaba just to name a few.

Prior to the mid-2000s, the township marketplace was typical of street vendors, franchised fuel stations, independent butcheries, supermarkets, spazas, salons, independent bottle stores and taverns. The great business and profits that corporates were enjoying from their commuter franchises sparked an idea to go direct to their targeted audience. From 2006 we started seeing a rapid spark in shopping centres right through to mega malls like Maponya Mall. The landscape and the development in infrastructure have changed drastically. This change has been great for the consumers, but it has been atrocious for the local entrepreneurs. Consumers in this market are often driven by factors such as price elasticity, brand equity and location.

The corporate take over

Amassing corporate malls for township consumers is not the way to boost the township economy. These malls have put local businesses into extinction. It was unfair to expect local businesses to compete with multinational corporates such as Shoprite; East African bargaining groups (Somalians & Ethiopians) and East Asian bargaining groups (Pakistanis and Chinese). All these parties are way too advanced in comparison to South African township entrepreneurs in terms of business experience, business acumen and resources. The complexities of the latter would form a different debate on its own.

I believe that creating plazas or markets of local trade is what we need in the township economy. In traditional Indian communities, the development of malls is few and far between. Indian entrepreneurs and businesses build their own places of trade or markets where they trade in their own services and products. That is how Wembley Roadhouse in Athlone, Cape Town can get close to competing with major fast food outlets in terms of foot traffic and customer loyalty. Family owned hardware shops in these communities are able to compete with corporate groups such as Spar Group’s Build It franchise, Massmart’s’ Builders Warehouse etc.

Real investment into the townships is needed

We need to find investors that really believe in the real ecosystem of the township economy and invest in resources that will allow it to be self-sustainable. The South African government needs to be applauded for doing everything in its power to invest in projects such as the development of vendor stalls, giving the black South African youth and black owned businesses access to state owned funding and development institutions such as the National Youth Development Agency, Small Enterprise Development Agency and Small Enterprise Finance Agency. They have done some impressive work in assisting to create this self-sustaining economy.

We need to see more corporate collaborations with entrepreneurs in this market such as that of Soweto Outdoor Adventures and the Sightseeing franchise of South Africa. This was a great initiative that saw Sightseeing partnering up Soweto Outdoor Adventures to help them scale up their travel and tours business in the township market. ZenPROP and Maponya Africa Group was a great collaboration in developing Maponya Motor City in 2012. This saw the Maponya Africa Group being one of the first businesses to develop such a venture in the South of Johannesburg. Both these collaborations are encouraging to fellow township entrepreneurs because they demonstrate the possibilities of real economies of scale for township enterprises.

Thabiso Maphanga is the CEO of Break Bread Group, a marketing and communications agency with a niche focus on brand building and brand advocacy in the township market.